It's nearly time to move into my new house (1st house) and I've been meaning to make these antlers for months! I spotted a few on Google similar and my friend sent me a link to a blog that had made a smaller pair out of plastic antlers.
After constantly watching various antlers on eBay (and always being outbid) I finally bagged a beautiful, but very dirty, pair of deer antlers! And for £16 an absolute bargain since the rest seem to go for over £50! They arrived in a huuuuuge box full of paper, it took me a while to dig through to actually find the antlers, possibly because I started at the wrong end! They were the perfect size, they just needed a good clean...I got an old tooth brush and got straight on it. 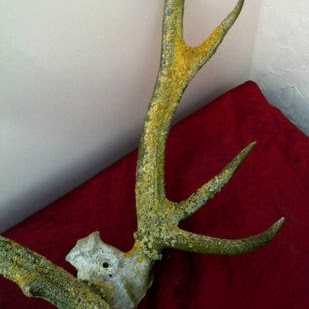 Step 1
Use a toothbrush (an old one) to remove the thick layers of yellow lichen (that stuff that grows on trees and sheds).

Step 2
Cover the antlers in Sulphuric acid....using more old toothbrushes! This bit turned them a dark brown colour and the lichen went red! Did the trick though. 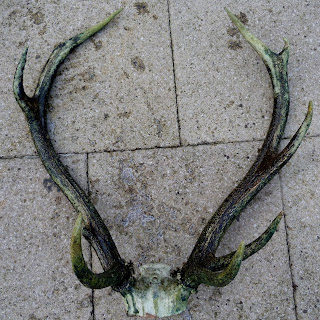 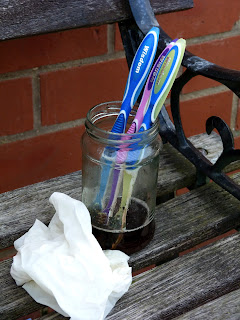 Step 3
PRESSURE WASH! The fun part... It was like magic watching them go from brown to white. 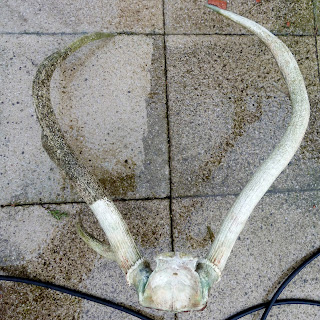 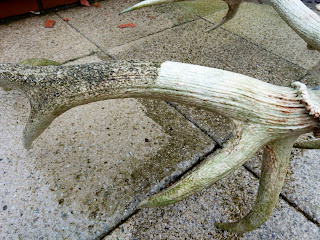 Step 4
Bleach...twice. Dads idea...I did them once in the pouring rain and he redid them later that night (when I wasn't in) which worked a lot better! 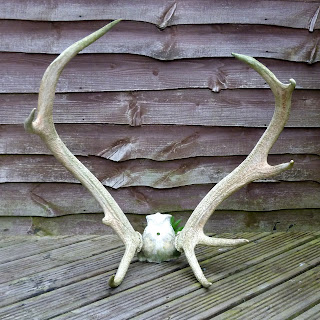 The final result was a lot better than I imagined, they came out almost white...I was planning on painting them cream since they were stained greenish brown from the lichen, but bleaching sorted them right out!

Now the fun part....Decorating!
I originally wanted about 3 flowers but I ended up buying a few more than I needed so I could try different combinations, In the end they look pretty good with all of them! The flowers are all from Dunelm, I stuck to a cream and pink theme (I lied I actually decided not to use one of the flowers - purple). I could have gone crazy with the flowers in there, once you get going you want them all....excited to go back and chose some to actually put in a vase!! 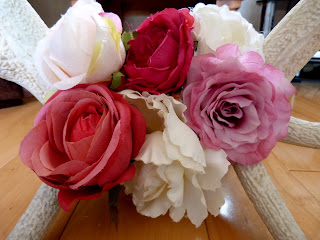 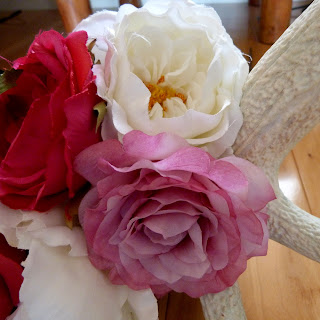 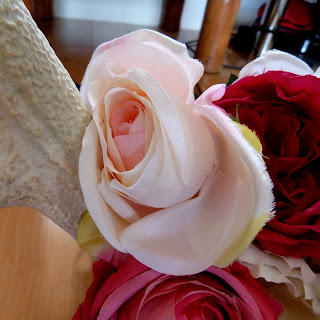 Now I have to work out how to hang in on my wall!?
Try it for yourself....

Lauren Jeanne
I'm an ex-fashion student and university drop out living in a small seaside town, with no idea what I want to do with my life I've decided to start a blog to occupy my time! P.S. My blog title is song lyrics.